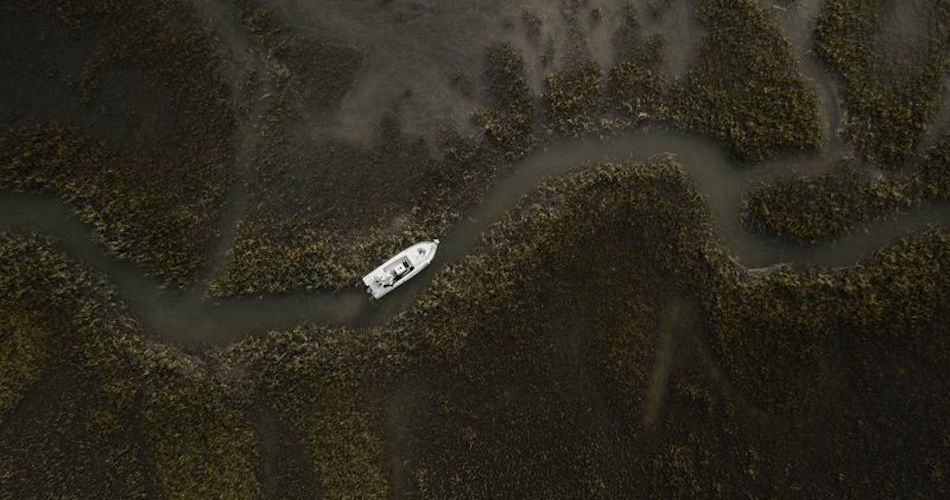 REGISTRATION IS PER ANGLER - EACH MEMBER OF AN ANGLER TEAM MUST BE REGISTERED TO PARTICIPATE.

Before the St. Johns River was jettied and manipulated to become an access for an inland deepwater port, it was a shallow, meandering river. Where modern-day Liberty Street terminates at the St. Johns River in downtown Jacksonville, there was a narrow and fairly shallow point in the river named Cowford. Cattlemen would travel miles to ford their cattle across the river at this point. In the crossing, lush tape grass beds thick enough to break the surface of the water spanned the entire width of the river. Other native species, such as water niad and widgeongrass were abundant and created a rich, healthy and diverse ecosystem.

While the dredging, straightening, and development of the St. Johns River has eviscerated these once lush submerged meadows, the estuarine fauna have adapted to their new deeper, saltier and faster moving habitat. The spartina marshes at the mouth of the river remain intact and full of fish. Redfish and sheepshead have been accessing the spartina marshes of the lower St. John's River on the high flood tides of summer and fall since before the creation of the New World, and thankfully, still do today.

The Cowford is a tournament to highlight the pristine spartina estuaries of the Lower St. Johns River, now increasingly threatened by needless industrial expansion, sedimentation, over-development along the river's banks and excess nutrient loading from a multitude of sources upstream.

We hope that by participating in the Cowford, you too will develop a relationship to the estuaries of the Lower St. Johns and, regardless of origin, help to protect and preserve this incredible resource for generations to come.